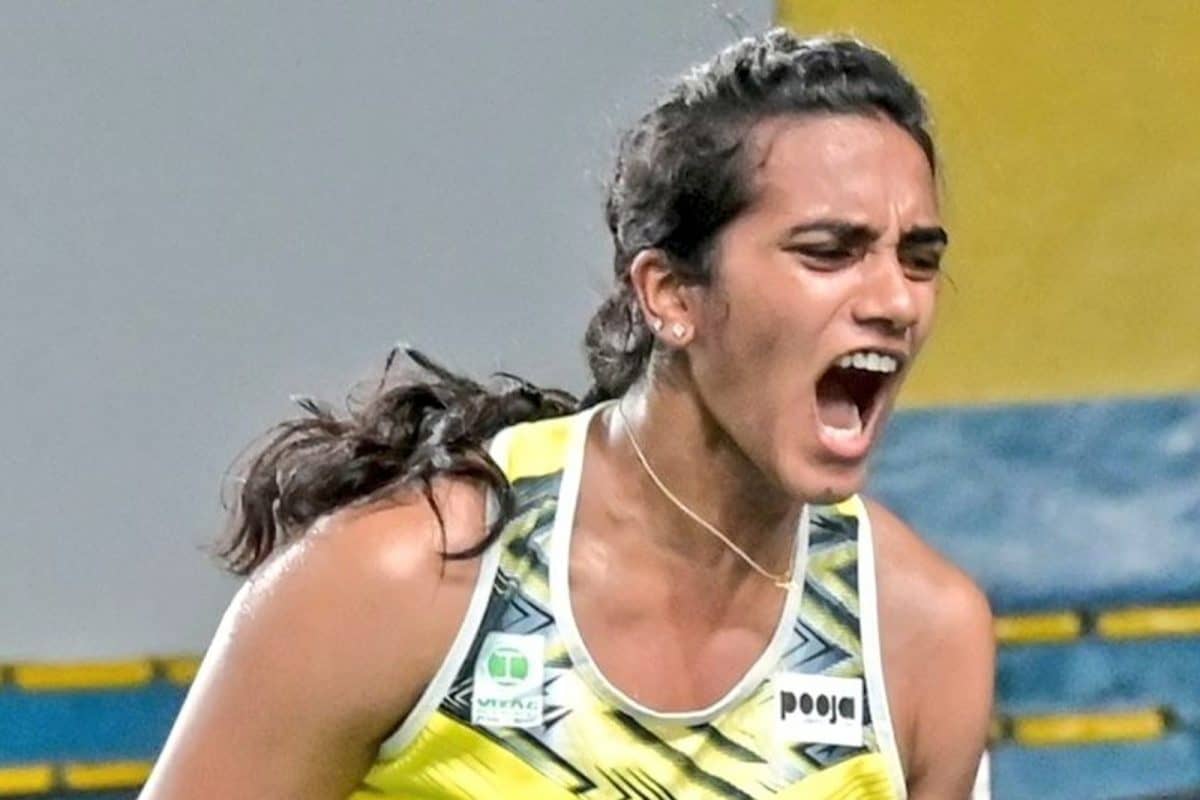 India’s shuttler PV Sindhu won her third title after beating Wang Zhi Yi of China 21-9, 11-21 and 21-15 at the Singapore Indoor Stadium, Kallang, on Sunday (17 July). Sindhu won the second match against the Chinese, continuing her streak of victories over them.

The match lasted 58 minutes and saw the two-time Olympic gold medallist, who was playing in her first Super Series 500 final. The Hyderabadi shuttler, who had won the semifinal by beating Japan’s Saenekawakami in the last four contest, showed great class and composure as she returned strongly in the third and final game to win.

This win in Singapore is a good sign for the Indian star. It will give her an enormous boost for the Commonwealth Games 2022 in Birmingham.

The Indian shuttler won comfortably the first game, while her Chinese counterpart was just trying to catch up. Sindhu defeated her opponent in a close contest and won the game in 15 minutes. In the first game, the Hyderabadi shuttler led by 9 points.

Sindhu led 11-2 at the halfway stage. As Wang Zhi Yi was looking shaky, Sindhu converted her good start to win the first game 21-9. As she was playing against a stronger opponent and the pressure of a big final, the Chinese made too many mistakes in the first game.

In game two, the Chinese looked completely different. Wang was aggressive and forced the Indians to make unforced mistakes. At the half-way stage, she had a huge lead of eight points. The score read 11-3 in her favor.

Sindhu was a shadow of her self throughout game 2, as she continued to make mistakes and the Chinese shuttler’s lead continued its climb. The Chinese performed some amazing cross-court smashes, and Sindhu mostly kept the service to herself until she won it 21-11.

The Indian shuttler, who is well-known for her aggressive play, brought her A-Game to the third round and began picking up points right away. The Chinese were unable to settle down after Sindhu displayed her aggressive play. Sindhu won the long rallies, winning three of them while Wang only won one. Sindhu held a five-point lead at the halfway stage. The score was 11-6 in Indian favor.

Wang gained early points in the second half and tried to make up the difference, but Sindhu, who had probably kept her best for last round, won the game 21-15 and her first Super500 tournament in 2022.

On Saturday, July 16, Sindhu won a dominating 21-15, 21-7 victory against her Japanese opponent. The contest lasted just 32 minutes. She advanced to the final. Sindhu, who holds a perfect 3-0 record against Kawakami with the win Saturday, has maintained her clean slate. Zhi Yi reached the finals after defeating Aya Ohori 21-14 and 21-14 in the other semifinal.

Sindhu had earlier fought hard against Han Yue, China in the quarterfinal to make it into the semifinals. To claim her first Super Series 500 title, the third-seeded Indian shuttler beat her opponent in semifinal. The Tokyo Olympics bronze medallist was the only Indian in the field.

Sindhu has only once faced Wang on the court. She defeated Wang in a one-sided encounter at the All England Badminton Championship. She holds a 100% record against Wang but the Indian shuttler will be up against the Asian champion who has risen quickly.